A Brief History of Fake Turf

Fake turf has revolutionised horticulture and become a viable, cost effective solution for busy Londoners. For those who lack green fingers and like to make use of their garden but don’t have time to spend on it, synthetic lawns have become a real alternative to the natural variety. 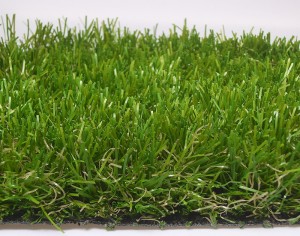 Here, Dayco, who are artificial turf providers for the London area, including Golders Green, takes a brief look at the history of imitation grass.

The Invention of Imitation Grass

Artificial grass was invented by a team led by an American man called David Chaney, the Dean of the North Carolina State University College of Textiles. This new product grabbed the attention of the American public and Chaney was hailed as the man behind major league indoor baseball.

The reason behind this was that artificial grass was first used for sports purposes, to line indoor and outdoor stadiums in the US and Canada for baseball and football. The very first installation was in Houston, Texas, where synthetic turf was used to line the grounds of the first multi-purpose state-of-the-art domed stadium, Houston Astrodome, in 1966. Despite many attempts to make it possible, the indoor stadium was unsuitable for the growth of natural grass. As a result AstroTurf, was used instead which came under the media spotlight and various North American stadiums followed suit.

Synthetic Grass in the 1970s

Artificial turf was introduced to hockey pitches in the 1970s, although the turf used on hockey pitches is quite different as it is made of shorter ‘blades’. It was found to make the speed of the game more intense and was cost effective as it meant that hockey pitches could also be used for other sports.

Professional football clubs started using artificial pitches in the UK, and Queen’s Park Rangers (QPR) were the first football club to have a fake pitch in 1981. But this was short-lived as the ‘grass’ at the time was unsuitable for the players. It was later banned by the UEFA and FIFA, but now artificial pitches that meet approval are permitted for competitions. The 2008 European championship match between England and Russia was played on artificial turf in Moscow, although the final had to be played on natural grass.

Fake grass branched out from it use in sport to installations in domestic and commercial landscaping in Europe, America and Canada.

Artificial Lawns in the Year 2000 to the Present Day

In 2009, fake grass hit the headlines once again after it was used for the first time in a show garden at the Royal Horticultural Society’s Chelsea Flower Show. More recently, in 2015, it was used in an exhibit by garden designer and artist Tony Smith, who also incorporated it into show gardens in 2010 and 2012.

Today the quality and aesthetics of artificial turf means it is viewed as a viable alternative to natural grass. It has risen in popularity among homeowners and is increasingly used by a range of organisations from sports venues to hotels, restaurants, play centres, schools, offices, shopping centres, and residential homes, who are all benefitting from the reduced time spent on grounds maintenance.

An increasing number of people are reaping the benefits of fake lawns and it been the turf of choice for a range of high-profile people in the UK including, more recently, former England football captain John Terry who replaced the natural grass in the grounds of his home with fake turf.