Teeing off on Artificial Grass 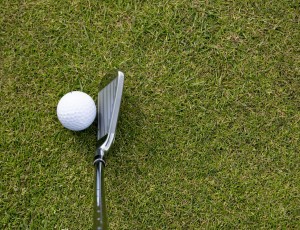 Golf clubs spend vast amounts a year on the upkeep of their greens to keep their grounds pristine for members. Regular watering, fertilising and mowing of golf courses is a costly business, and with the advent of high quality artificial grass there has been a rising number of golf clubs switching over to fake turf for at least some of their facilities. Here Dayco artificial grass installers, who supply fake turf for golf clubs in Finchley and the surrounding areas in London looks at the history and pros of teeing off on fake turf.

When Was the First Artificial Turf Golf Course Installed?

In 2007 work started on the world’s first 18-hole fake grass golf course in Rockhampton, Australia, which was a much publicised event. Synthetic turf was chosen as this was a drought ridden area and the grass would ensure golfers could play on immaculate grounds year round, whatever the weather. In December of the same year, the Kikuoka Country Club in Luxembourg hit the headlines as it prepared to open its six-hole synthetic course featuring artificial greens.

Has Fake Grass Ever Been Used by Golfers Before this Time?

Yes. Golfing professionals have long been reaping the benefits of artificial grass. Even before the world’s first synthetic golf course, famous names such as as Nick Dougherty and Colin Montgomery installed fake grass putting strips to practice on at their homes.

What are the Main Benefits of Fake Grass for Golf Clubs?

Aside from the cost of the initial instalments, fake turf can save a significant amount on the cost of annual maintenance fees – including mowing, edge cutting, etc. It also has an environmental benefit as synthetic golf courses save millions of litres of water a year. In addition to this, synthetic grass offers a solution during major golfing events. For example, a 225 square metre practice green was laid during Amsterdam Golf 2009.

Where is Fake Turf used in UK Golf Clubs?

As golf courses cover such a wide area many UK clubs opt for fake turf on putting greens, driving ranges, walkways and in some cases tee-boxes. If you are thinking of using synthetic grass contact artificial grass installer Dayco to find out how we can help.

Golf Clubs in the Finchley area

Finchley Golf Club, within walking distance of Mill Hill East Station, is an 18-hole course described as ‘the finest in North London’. The club house is a magnificent country house, once the home of Victorian industrialist Henry Tubbs, and many of its original period features remain. The course, which opened in 1892, is situated in mature parkland and is open for use by club members and visitors.

Three miles from Finchley is the North Middlesex Golf Club, in Friern Barnet, set amidst 74 acres of parkland. It was founded at the turn of the 20th century and the 18th hole is considered one of the most stunning finishing holes in Britain. The attractive water features along the course add to its appeal.

Hampstead Golf Club, founded a year after Finchley Golf Club, is just under 4 miles from Finchley on Winnington Road. The course is set amidst attractive parkland and is described as the ‘most interesting’ nine hole course in North London. It’s ideal for players of all levels including beginners and more experienced players.

Highgate Golf Club, also four miles from Finchley, has an excellent reputation and is the nearest 18 hole course to central London. The course was founded in 1904, although the layout has changed considerably since then as a reservoir was built on the former 10th and 13th holes.